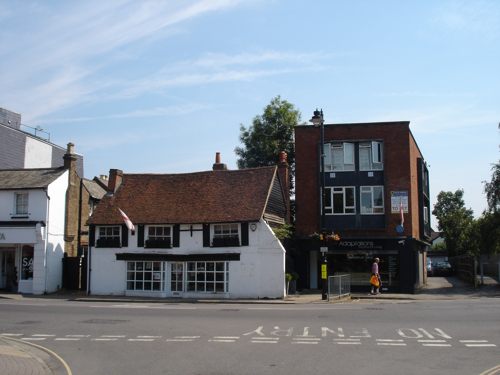 We are very concerned about a planning application recently submitted to Elmbridge Borough Council.

The building in question is the quaint Jacobean looking shop at the eastern end of the High Street which used to be “Katie James” dress shop. There is land behind this building which lends itself to development and some development on this site would be acceptable. But as usual the developers are trying to cram a quart into a pint pot. Our full objection is now posted on this website which can be found by clicking here.

What we particularly object to is that:

Time is not on our side on this one as the formal consultation process comes to an end on 16th July 2018 – but late letters will be considered.